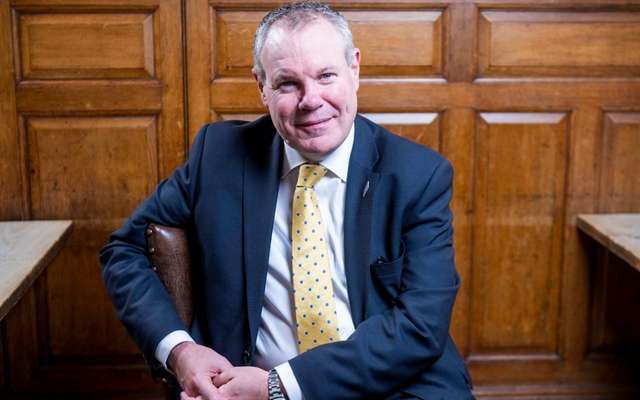 The prime minister of the United Kingdom, Liz Truss, has sacked Conor Burns from her government with “immediate effect” over allegations of serious misconduct. Mr. Conor was the minister for trade and MP for Bournemouth West.

“Following a complaint of serious misconduct, the prime minister has asked Conor Burns MP to leave the government with immediate effect,” a spokesperson of number 10 said.

“The prime minister took direct action on being informed of this allegation and is clear that all ministers should maintain the high standards of behaviour – as the public rightly expects,” he added.

The outgoing trade minister is not new to controversies. Mr Burns previously served in the same position before resigning in 2020 after the standard committee found out he used his position to intimidate a member of the public while trying to interfere in his father’s loan dispute.

No doubt, Liz Truss learned lessons from the government of her predecessor, Boris Johson, who appointed Chris Pincher as deputy chief whip despite allegations of sexual misconduct. Boris Johson denied knowing about the allegations before the appointment, but there was no way he could convince his colleagues about it.

The controversial appointment was one of the reasons most of the ministers in his government resigned, thereby forcing him out of the number 10.

Also suspended was the whip of the conservative party. He was suspended a little earlier for the same allegations of “inappropriate behaviour.”

“We have suspended the whip pending investigation into allegations of inappropriate behaviour earlier this week,” a spokesperson for the whip’s office said. “We take all such allegations extremely seriously. The prime minister has been clear that the highest standards in public life must be upheld.”

Although the allegations against Mr. Conor remain unknown, he said he would cooperate with the probe and “looks forward to clearing his name.”

Conor said: “I was contacted by the chief whip this afternoon to say that a complaint had been made and would be investigated by the party.”

“Before the complaint has been considered she informed me it had been decided to remove the whip and ask me to stand down as a minister,” he added. “I will fully cooperate with the investigation and look forward to clearing my name.”

The 50-year-old was a close ally of former PM Johnson, who tried to help him navigate through the various scandals during his time as the country’s leader. He was a former Northern Ireland minister before he was appointed trade minister by Liz Truss.