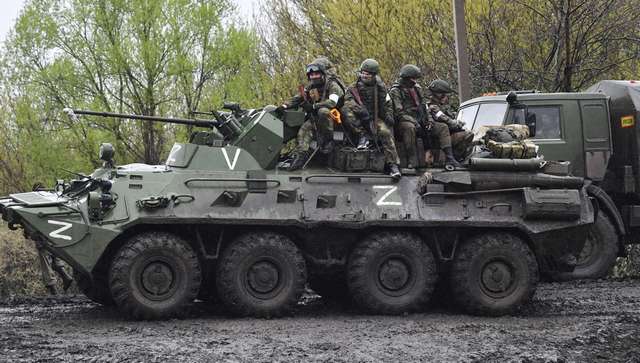 On Thursday, the US ambassador to the UN accused the Wagner Group—a notorious Russian mercenary army—of exploiting Africa’s natural resources to fund Moscow’s war machine in Ukraine, the Middle East, and other places.

”One of the most immediate and growing concerns in Africa is the Kremlin-backed Wagner Group’s strategy of exploiting the natural resources of the Central African Republic, Mali, and Sudan as well as other countries,” Linda Thomas-Greenfield told a UN Security Council meeting on the financing of armed groups through illicit trafficking of natural resources in Africa.

“Make no mistake: people across Africa are paying a heavy price for the Wagner Group’s exploitative practices and human rights violations,” she added.

The Wagner Group—founded in 2014, a year after Russia annexed the Crimean Peninsula and began backing pro-Russian separatists in eastern Ukraine’s Donbas area—is staffed by veterans of the Russian armed forces and operates in numerous countries, including Syria and Ukraine. It trains local forces in a number of conflict-ridden countries in Africa, including the Central African Republic, Mali, and Sudan.

Ms. Thomas-Greenfield alleged that Wagner exploited the countries it worked in and used “ill-gotten gains” to support Russian military operations.

“These ill-gotten gains are used to fund Moscow’s war machine in Africa, the Middle East, and Ukraine,” she said.

“Rather than being a transparent partner and improving security, Wagner exploits client states who pay for their heavy-handed security services in gold, diamond, timber and other natural resources … This is part of the Wagner Group’s business model.”

However, Vassily Nebenzia, the Russian ambassador to the UN, denied the allegations made by his American counterpart and accused the United States of “anti-Russian rage” and of stealing Syrian oil.

“African states are not our clients, they are our partners. I would like to recall here, by the way, that in Syria, the US, under cover of counter-terrorism, was stealing Syrian oil,” Mr. Nebenzia said.

Sheikh Shakhbout bin Nahyan, UAE Minister of State, pointed out that the illicit exploitation of natural resources has become an “artery” for terrorists and criminals.

He said there is an “undeniable correlation” between the illicit exploitation of resources, climate change, and the growth of terrorism, saying “They are turning these resources into a curse.”

Since 1990, at least 18 violent conflicts have been fueled by the exploitation of natural resources, according to a UN report.

Martin Kimani, the ambassador of Kenya to the UN, urged the Security Council to destroy African terrorist networks because they present a “dire” threat in too many nations.

“The protection of peace and security in Africa is impossible if the continent’s natural resources as not reclaimed for the people,” said Mr. Kimani.

“It is time that Africa’s natural resources fully benefit the African people.”