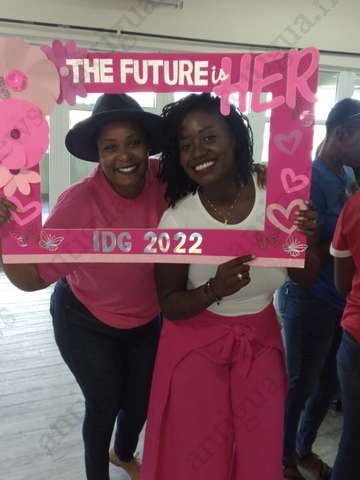 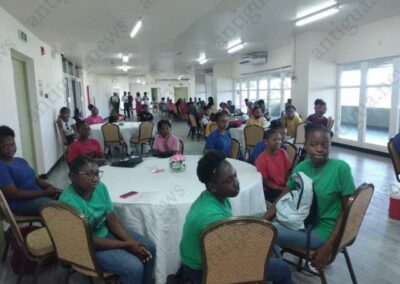 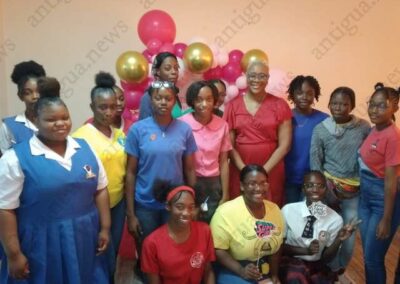 The forum which took the form of a workshop encouraged girls to be their authentic selves. The event was staged at the Sir Vivian Richards Cricket Stadium

The initiative was a joint effort with the Princess Margaret School (PMS) Guidance Counsellor Department and an institute from Barbados, the leadership institute, which focuses on empowering teenage girls from several secondary schools across the island, and equipping them with life skills that they can use to achieve their goals.

“It’s super important because we still exist in a culture that socializes girls in some ways to be less, and kind of dim themselves because we don’t want them to seem rude or sassy, but also there is a level of confidence required, and I remember being young, and even some of the young women on the teams working alongside us here and in Barbados, said that they wanted certain things when they were younger to help them to be confident,” said leadership representative, Roshanna Trim

“So instead of waiting until you’re 20 to learn that, or until you’re 25 to try and get into a career, or already going through your career, why not start from when you are in school? Why not teach them how to speak properly? How to speak boldly. Not to apologize for just saying ‘no.’ How to make sure that they know that women are rooting for them, who are older than them, and who want to give them the tools and equip them with the tools in taking on the world,” Trim said.

A similar program was also held in Barbados. It is in commemoration of International Day of the Girl Child which was recognized yesterday.

The all-day event saw sessions like the Inspire Her segment to boost their self-esteem, a confidence club, an In HER bag sitting geared towards teaching them about proper budgeting practices, and a Let’s Talk period focusing on sexual and reproductive health.