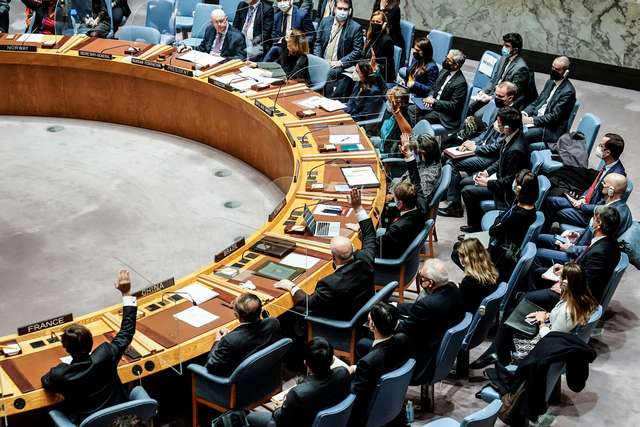 Antigua and Barbuda was among the countries that voted to condemn Russia’s attempt to annex four Ukrainian regions.

143 countries condemned the act, in a resolution at the United Nations General Assembly on Wednesday which basically calls on the international community not to recognize any of Russia’s annexation claims and demands its “immediate reversal”.

The story behind the matter is that President Vladimir Putin signed treaties on the inclusion of four former Ukrainian regions, into the Russian Federation.

Heads of the Donetsk and Lugansk People’s Republics, Denis Pushilin and Leonid Pasechnik, as well as the leaders of Kherson and Zaporozhye, Vladimir Saldo and Evgeny Balitsky, signed the documents together with Putin.

The move follows official requests by the Donetsk and Lugansk People’s Republics, as well as the two southern Ukrainian regions, which had declared independence, to join Russia.

All four territories held referendums on the issue between September 23 and 27, which saw overwhelming support for the move, according to results announced earlier this week by local election committees.

Later, on October 3, the Lower House unanimously approved those treaties.

The annexation attempt followed a series of referendums in the aforementioned regions, where residents were asked to vote whether they were in favour of joining the Russian Federation.

The referendums have also been deemed illegal under international law and have been condemned as violations of the United Nations Charter.

The only UN member states to vote against the resolution were Belarus, Nicaragua, North Korea, Russia and Syria, while 35 member states, including Algeria, Bolivia, China, Cuba, Ethiopia, Honduras, India and South Africa abstained from voting.

Caribbean nations including Antigua and Barbuda, Barbados, Dominica, Grenada and St Vincent & the Grenadines, as well as Brazil, Canada, France and Germany voted in favour of the resolution – effectively denouncing Russia’s actions and voicing their discontent with the ongoing situation.