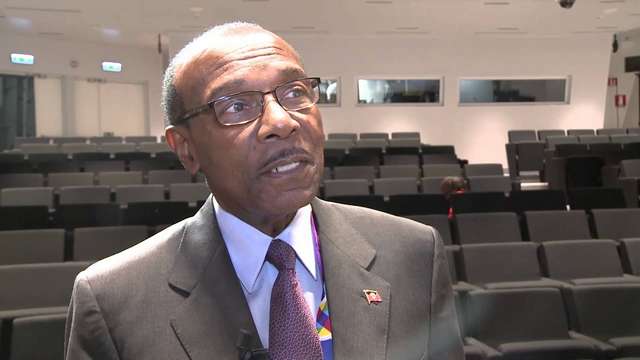 On October 13th health officials reported that several suspicious cases were tested with all proving negative except one which was still pending.

The result for the pending case was also negative.

Meanwhile, Health Minister Molwyn Joseph says he and other health officials within his ministry are condemning the repetitive action by media houses in Antigua and Barbuda that continue to spread false information especially as it relates to the matter of public health.

They did not disclose which media house published the “false claims”

But they said this condemnation comes after a media house published false claims that the country recorded a single monkeypox case.

“Molwyn is outraged that media houses in Antigua and Barbuda continue to be so irresponsible in their reporting and is calling on the journalist/reporters to be more responsible by verifying information before it is published since it can harm the country and our economy” the statement from the hospital stated.

The Director-General of the World Health Organization (WHO) recently released a statement that he is, deeply concerned by the spread of monkeypox.

From January 2022 to 22 August 2022, 41 664 monkeypox cases have been confirmed in laboratories. Monkeypox has so far caused 12 deaths and has been found in 96 countries/areas/territories across all six WHO Regions.