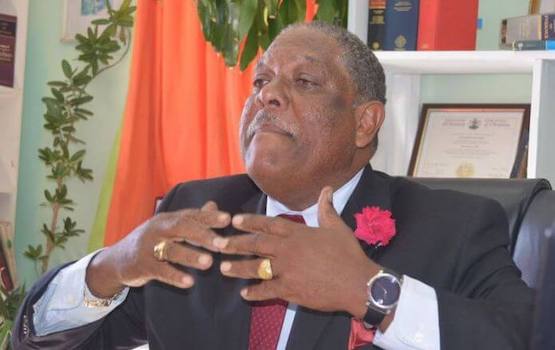 A prominent attorney in Grenada has made a passionate plea for youngsters convicted of marijuana crimes to be given a clean record.

attorney Anselm Clouden, who represents the Ministry of Legal Affairs on the Commission is the one making that call.

Currently is reviewing its cannabis laws, with a view of decriminalizing the drug, however, that could take some time.

He is therefore advocating for those who were convicted for simple possession to receive a pardon from the Governor General as allowed under Section 72 of the Constitution Act which focuses on the Prerogative of Mercy.

However, these actions can only occur acting following the “There is a need to signal to the public and I will show, advise that persons, young person’s 25 and under that were charged, some imprisoned or convicted that a pardon could be given to them now. Having that stain on your record, especially young people inhibits or sometimes creates denial on such applications …it does say what quantity you have it just says that you were found guilty of having a controlled drug,” he said.

He argued that people under the age of 25 are in a special group because they will want to pursue studies overseas, become more viable on the job market, and travel to foreign universities as well as need a visa to travel to either reside or be reunited with relatives.

Clouden said that some of those charged may or may not have done time in prison but there should be a clearing of the record and that should be done through a pardon.

“The Governor General can pardon them so they become “virgo intacta” with a clean record, so they can apply for visas to travel and not have to say on those applications that they have been convicted of possession or simple possession. I think that is only a good step in the right direction,” he said.

The Grenada government has appointed businesswoman, Rolanda McQueen, as the chairman of the 12-member Commission on Cannabis Legalisation and Regulation whose task includes holding consultations with the public as the government seeks to develop a framework for the legalization of cannabis in Grenada.