Rishi Sunak to be the new Prime Minister of the UK 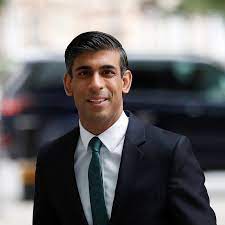 The UK has its third different Prime Minister in a matter of just seven weeks after Rishi Sunak was appointed leader of the Conservative Party, following Penny Mordaunt’s withdrawal from the contest shortly before 2pm today. That was the time when the nominations had to be in and Mr Sunak was said to have the support of more than half of the 357 Tory MP’s, whereas his opponent, Ms Mordaunt was believed to have fell short of the 100 required to take the contest to a party vote.

As it is, Mr Sunak has comprehensively secured victory and it is he who will succeed Liz Truss and become the next PM of the United Kingdom, when he is invited to Buckingham Palace by King Charles III to form a new government. This follows an almost comical series of events which initially saw Boris Johnson forced to resign and then incredibly his replacement Ms Truss follow suit just last week. Such an unprecedented level of turbulence has left the Conservatives in a state of crisis with reputations in tatters, meaning that Mr Sunak faces an almighty task of bringing about unity, something only the most optimistic and unswerving of Tory member could possibly see occurring.

From runner up to winner within a matter of weeks

So what a difference a month makes. September’s loser has become October’s winner. Mr Sunak was appointed Chancellor in February 2020 and within weeks was in the middle of a pandemic and nationwide lockdowns. He won a lot of admirers for the way he handled that period and retains a lot of support because of it. Equally he has received criticism over his finances, with a suggestion that he was listed as a beneficiary of tax haven trusts in the British Virgin Islands and Cayman Islands in 2020. A spokesperson for Mr Sunak said they “did not recognise” the claims.

Who is Rishi Sunak?

He is 42 years old, born in 1980 in Southampton, and has homes in both London and Yorkshire, where he has a parliamentary constituency in Richmond. He is married to to businesswoman Akshata Murty and has two daughters. His parents came to the UK from east Africa and are both of Indian origin. He attended the exclusive private school Winchester College and went onto Oxford to study philosophy, politics and economics. He was rewarded with his support of Boris Johnson with a promotion in July 2019 from local government minister to chief secretary to the Treasury, then followed Sajid Javid as Chancellor.

Too much to make up

Ms Mordaunt was always lagging way behind Mr Sunak, and many felt that even if she had managed to get in, she would have faced a similar situation to Liz Truss, with regards to uniting the party. She finished third in the September leadership race, but may have hoped to pick up all of Ms Truss’ voters. She is something of a controversial figure, but in fairness they are the type who tend to do well.

Could Boris have won?

Many believe it would have been very different and former PM Boris Johnson may have been able to give Mr Sunak a run for his money in the leadership race, but surprisingly he ruled himself out over the weekend. He said he had been overwhelmed by the number of people who suggested that he should once again contest for the number one position, both among the public and among friends and colleagues in Parliament.

He added that although it was an attractive proposition and that he was uniquely placed to avert a general election now, which he felt would be a disastrous distraction at a time when the Government needed to focus on the economic pressures faced by families across the country; he sadly believed that it simply would not be the right time to do return.

He confidently stated that he firmly believed he could be back in Downing Street by the end of the week, and he was well placed to deliver a Conservative victory in 2024; it however in his opinion, was not an advisable route to take, without a united party in parliament.

He confirmed that he had reached out to the other two candidates – Mr Sunak and Ms Mordaunt in the hope of coming together for the national interest, but they had unfortunately been unable to work out a way of actually doing it. He finished by admitting that it was with some regret that he would be pulling out and confirmed he would commit his support to whoever succeeded.

Mr Sunak tweeted after Mr Johnson stepped away, that “we will always be grateful” for his work in office, including the delivery of Brexit and the vaccine rollout. He added: “Although he has decided not to run for PM again; I truly hope he continues to contribute to public life at home and abroad”, possibly written through gritted teeth.

Labour as could be expected, continue to demand an immediate General Election, which in truth, they would be hammered by their electorate were they not to, as current polls suggest they would take some beating. Deputy leader Angela Rayner pointed out that the Tories were about to hand Rishi Sunak the keys to the country without him saying a single word about how he would govern. Which was to be fair, a very good point.

So here we go again, it is unlikely that King Charles III would have been expecting to have to conduct all the official business of asking someone to form a government, a duty that his late mother Queen Elizabeth II only performed last month, sadly just two days before her passing; but he will in due course, be receiving a visit from Mr Sunak and then the fun starts all over again!