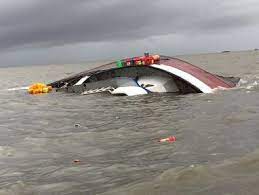 The media fraternity in Guyana and other parts of the Caribbean are in mourning tonight after one of their colleagues was killed in a boat accident earlier today.

Dead is Cameraman, Trevor Patrick,48. Several other media workers were injured after the boat transporting media workers and communication personnel from the Office of the President capsized.

Patrick was attached to a television station in Essequibo and was undergoing training with Radio Essequibo.

Media reports said that vessel was reportedly a short distance behind the one carrying the presidential delegation when it suddenly flipped over, throwing all of its occupants overboard.

The other occupants, including an information officer and two cameramen attached to the President’s office, were all pulled out of the river by the occupants of another boat that was in the area at the time.

Reports from Georgetown said that Patrick was pulled from the river in an unconscious state and rushed to the Charity hospital where he was pronounced dead.

Meanwhile head of the President PR Unit, Suelle Findlay-Williams said other injured persons have since been brought to the city where they are undergoing additional medical checks.