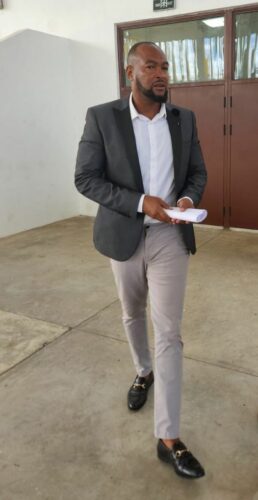 In a not-so-surprising decision, the man who was behind the wheel when two AUA students were knocked down on Friars Hill Road last week has now been charged with death by dangerous driving.

Karim Edwards, the husband of a local magistrate, had his charge upgraded in court on Wednesday. He was initially charged with causing harm by dangerous driving.

Edwards, who fled the scene when the accident occurred turned himself in later.

The two AUA students, Kenneth Mathew, 21, and his 19-year-old female companion Priyanjana Das was attempting to cross the streets in the vicinity of Billy’s Food Mart just after 2; am when the accident occurred.

Mathew died several days later while Dias has been flown out of the country.

Her hands were amputated and she suffered other injuries.