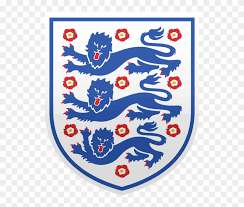 ​With the Qatar World Cup now just over a week away from its eagerly anticipated start on November 20, the squads of the competing nations are being announced, and the latest to release their 26-man group are England.

Manager Gareth Southgate has gone for experience ahead of youth with his selections, choosing to stick with some of his established favourites, despite lack of game time either through injury or poor form. He has however, included a couple of players who have been out of favour for one reason or another for quite some time; but have forced their way back in, through outstanding performances this season for their respective clubs.

Iranians up first for Southgate’s men

The tournament begins on 20 November and England’s first match is the following day with a 1pm UK time kick off against Iran. There is a four day gap to the second game with the USA, before wrapping up the group stages on 29 November with what could prove to be a crucial all British clash with Wales.

The current form of the Three Lions is poor, but optimism still exists on the strength of their excellent performances in their last two major tournaments. They lost 2-1 to Croatia in the semi-final of the last World Cup in Russia in 2018; and suffered the heartache of losing on penalties to Italy in the final of the last Euros, in the summer of 2021.

Goalkeepers never had any real worries

The three goalkeepers named were the ones fully expected to be picked, with Everton’s Jordan Pickford likely to start as the number one, but with Nick Pope and Aaron Ramsdale perfectly entitled to consider themselves more than just back-ups.

Dean Henderson who only a couple of years ago was looked upon as the number two, has paid the price for making the highly questionable move to the Premier League’s worst club in Notts Forest and has seen his form suffer as a result, and in so doing has effectively ruled himself out of the equation.

Controversial pick at the heart of the defence

Defensively, Harry Maguire is probably fortunate that he seems to be a firm favourite of the manager, meaning that his lack of action this season and apparent total loss of club form has not counted against him. His Manchester United teammate Luke Shaw is the only recognised left back in the squad, although Kieran Trippier can fill in there and his excellent form at Newcastle in the early months of the season will have him very close to the starting eleven.

Another player who was touch and go is Kyle Walker, who underwent surgery on his groin and has not played for over a month, but the manager believes he is worthy of the risk. John Stones is back to his best for Manchester City, so his place was nailed on and the other defenders named (Trent Alexander-Arnold, Eric Dyer, Conor Coady, and Ben White) would have been bitterly disappointed not to make it.

Midfield has energy but lacking in genuine forward pass creativity

Declan Rice, Jude Bellingham, Mason Mount, and Jordan Henderson were certainties in midfield, but Calvin Phillips represents something of a gamble.  He is another one to undergo surgery, in his case on his shoulder, meaning that he has actually only played 54 minutes of football all season.

Conor Gallagher has obviously impressed sufficiently in his time with previous squads to sneak in ahead of one or two others, but he is unlikely to get anywhere near a start, although could be worth throwing on if chasing a game.

Much rests on the skippers shoulders

Up front captain Harry Kane will have Callum Wilson as his understudy and the Newcastle man has certainly hit form just at the right time scoring 6 goals in his last 10 games. Marcus Rashford, Raheem Sterling, and Bukayo Saka will provide the threats from the wide areas; whilst for the creativity and guile the Manchester City pair of Phil Foden and Jack Grealish should have starring roles, with James Maddison as an alternative offering something slightly different.

In from the cold as something of a wild card

Leicester City’s Maddison has not been involved since winning his only cap as a substitute against Montenegro in a Euro qualifier back in 2019. That was the very same year that Wilson was last called up for his country, so the inclusion of these two indicates that the sheer weight of outstanding displays over the past couple of months, have forced the manager’s hand, and put them ahead of several challengers, who probably were in the driving seat up until very recently.

The likes of Maguire, Alexander-Arnold, and Rashford were always expected to be a part of things, but one or two whispers in the press had suggested their places could have been under threat, so they would have been mightily relieved to have their selections confirmed.

Performing as well as any forward currently

On the inclusion of Maddison, Southgate insisted that he had earned the right by the consistency of his performances. The player has scored 6 goals and has 4 assists in just 12 games this term. The manager said: “We think he can give us something slightly different to the other attacking players we have got,” adding that he felt that he was performing as well as any attacking player in the country.

Balance is good according to manager

Asked if his squad contained everything necessary to win a World Cup, the England boss was his usual guarded self, but did say he felt the balance was right. He made the point of stating how the squad depth was more vital than ever, with the opportunity to make five substitutions now, so effectively changing half of the outfield players, which would give him different options for different moments of matches and stages at the tournament, which he underlined as being crucial.

He said the increase from 23 to 26 players had given him the chance to take a couple of risks, and in so doing, he believed he had all positions covered. Appearing upbeat, Southgate insisted that there was a lot of exciting talent in the group, but pointed out that the timing of the tournament in the late autumn will be a unique situation for everybody.

Difficult phone calls to those that missed out

Describing it as the worst part of his job, the manager also confirmed that he had spoken to all the players who missed out on a place in the squad. Amongst those who received the dreaded phone calls included: Brentford striker Ivan Toney, Southampton’s James Ward-Prowse, Roma striker Tammy Abraham, AC Milan centre-back Fikayo Tomori, West Ham forward Jarrod Bowen and Manchester United’s Jadon Sancho. Additionally, the Crystal Palace trio of  Marc Guehi, Tyrick Mitchell, and Eberechi Eze, who in all fairness would not have been overly optimistic, also had the “not this time” call.

Appointed in November 2016, the 52-year-old Southgate will be taking charge of his third major tournament and will be hoping his gradual improvements continue on the upward sliding scale, having lost in a semi-final and final in the last two competitions. In the 76 matches he has been in charge of the national team, Southgate has won 46, drawn 17 and lost 13.

Those that did not make the final cut and secure a place in the squad for Qatar will no doubt be feeling pretty down right now, but each of them could still have a late reprieve and get one last chance, should anyone pick up an injury during this weekend’s final round of Premier League matches before the six-week break. Anyone receiving a heavy knock, or suffering a muscle strain will have very little time to shake it off and could as a consequence, see their position under threat.

Teams are able to make changes to their squads up to 24 hours before their first match, so for England that will be Sunday 20 November.