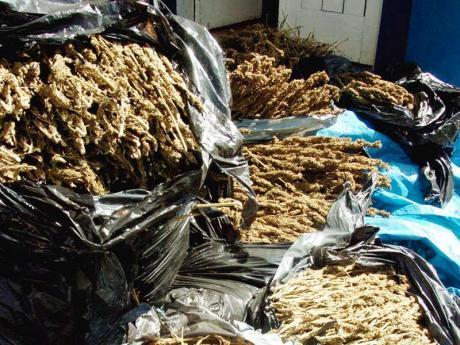 Two minors were among 13 people arrested and taken into custody in Jamaica over the weekend following the seizure of approximately 600 pounds of compressed ganja.

The drugs which were seized during a joint operation on Saturday has as a street value of $3.3 million

According to reports from Jamaica, “the police report that about 9 a.m., lawmen were in the area when they signaled the driver of an Isuzu motor truck with passengers aboard to stop. He complied and the vehicle was searched under the Dangerous Drugs Act.”

Police reported that they found 600 pounds of weed in their possession during the search and all 13 were taken into custody.