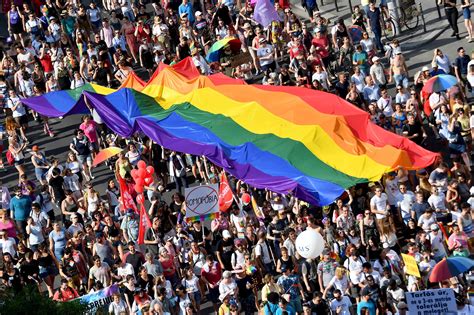 There are reportedly positive attitudes towards lesbian, gay, bisexual, and transgender (LGBT) people in Guyana that have increased significantly over the last 9 years.

This was a key finding of the 2022 poll titled “A Study of Perceptions and Attitudes towards LGBT Persons in Guyana” which was conducted by RMK Consulting Enterprise and commissioned by SASOD Guyana.

This year’s national poll was conducted almost a decade after the first-ever public opinion poll on LGBT people and issues was done by the Caribbean Development Research Services (CADRES) in 2013.

According to results from the 2022 poll, LGBT acceptance in Guyana has soared since then, moving from 19% to 34.5% with an overall percentage of 72.4% of respondents stating that they accept and tolerate LGBT persons.

Presenting at the launch of the findings last Tuesday, Dr. Marlon Anatol, a researcher with RMK Consulting Enterprise, noted that hatred of LGBT people had decreased by 50% from 25% in 2013 to 12% in 2022, which is quite significant.

Further, the poll found that a clear majority of 53.9% of the Guyanese population are likely to support the elimination of the law criminalizing sex between men.

The results also showed that 72% of the population were likely to support legislation that ensures protection against workplace discrimination for LGBT people in Guyana.

Remarking on the need for legislators to move with the times, SASOD Guyana’s Managing Director Joel Simpson was keen to note that “we have been in a place where politicians have been saying that the society isn’t ready for change, but these results indicate that the society is way ahead of its leaders and Guyana has changed significantly over the past decade.”

Simpson remarked that “the evidence is now available to the Government of Guyana to support including protection for LGBT people in workplace anti-discrimination legislation.”

Principal and Director of RMK Consulting Enterprise, Dr. Mark Kirton, gave an overview of the study indicating that 1,070 respondents were interviewed in person between June 18 and July 11, 2022, through a house-to-house exercise across most regions of Guyana. The stratified random sample was representative of the Guyanese population in terms of sex, age, race, religious affiliation, and other demographics, based on the 2012 National Census for Guyana.

For over 19 years, SASOD Guyana has been at the forefront of calls to repeal the laws which criminalize same-sex intimacy and disproportionately affect LGBT people, leading to increased levels of discrimination in all areas of their lives. Simpson stated that SASOD Guyana intends to disseminate the polling results widely.

He noted that “this information needs to be on the desk of every parliamentarian” and stated that SASOD Guyana is “going to continue our advocacy to bring this to the attention of the policymakers because we want to see action, particularly now that we are seeing most of the population, 72%, saying they are supportive of non-discrimination protections for LGBT persons” as it relates to the right to work.

SASOD Guyana has also been advocating for the Prevention of Discrimination Act 1997 to be amended to include sexual orientation, gender identity, and gender expression as grounds for discrimination.

SASOD Guyana has noted with interest the positive rhetoric of the PPP/C administration on LGBT issues.

However, Simpson repeated the call for decisive actions to be taken by parliamentarians and legislators.

He confirmed that SASOD Guyana would be continuing to engage with the Government on these issues, noting the significant increase in support for LGBT people across Guyana.